‘I used to work for pop stage de Effenaar (the Paradiso of the south) as a programmer. After that I worked with great musicians like Billy Cobham, Jan Akkerman, Brecker Brothers, Rosa King, Bertus Borgers and H. Brood. With that in mind I can truly say I think you are fantastic. I have seldom been this touched at a concert. I hope you continue on this path.’

From A To B

The singer and songwriter from Zwolle, Ellen Pels (1960) calls herself a late bloomer, which she is, although she has been involved in music all her life. Her first album, appropriately named “Late Bloomer”, was released in 2015 when the vocalist was 55. This was followed by 3 EP’s. Now we see the release of a complete jazzalbum: “From A To B”, with 14 compositions written by Pels. She has dedicated herself completely to jazz and is not only accompanied by her 11-piece band but also by the Stageband Jazz Orchestra as well as the Red Limo String Quartet. This has resulted in a varied album with swinging pieces as wel as a lovely acapella song and a modest piece with only strings. A number of tracks were recorded live. “From A To B” is an autobiography, just like “Late Bloomer”. Pels uses her own life as a starting point for the lyrics she writes. She is developing more and more as a creator of melodies that are pleasant to the ear. The only downside is that Pels’ perfect English sounds a bit too well-behaved. She used to be a Speech and Language Therapist, which shows in her elocution. Ellen sings perfectly in tune and her voice is flexible, but on a jazz-CD her singing could have sounded a little more American.

Ellen Pels (58) knows how to tackle things. On her own label she has released three albums since 2014 (two EP’s and a CD), produced very professionally and taken care of to the last detail. The singer and songwriter from Zwolle now presents ‘Love’ an EP with 5 own compositions. Once again, Ellen has a large band to accompany her, and – as icing on the cake – a string quartet.

Pels calls herself a late bloomer, which she in fact is. She was 54 when she recorded her first song.

The highly autobiographical content of her lyrics are typical for Ellen. It is as if she allows her listeners to read her diary, which contain both happy as well as sombre words about illness, sadness and setbacks. Becoming older does have its advantages if one wants to write layered lyrics.

Pels’ voice sounds remarkably young, nearly girlish sometimes. She sings precisely, and that is no coincidence; she started out her working life as a speech and language therapist. Her songs balance on the edge of easy listening, but are certainly tasteful and inspiring jazz. Spiri Jazz is what she calls it herself. Pels’ inspiration comes from New Age philosophers.

Love follows in the tracks of her earlier work. Pels keeps things civilised.

Singer-songwriter Ellen Pels combines her love of jazz with the lessons from people like Paulo Coelho, Eckhart Tolle and Deepak Chopra. She calls is ‘Spiri-Jazz’: jazzy melodies inspired by New Age philosophers. That is definitely true for this release, part two of a trilogy, whose part one Happiness was released in 2017.

On this EP she wastes no time. Surrounded by an army of extremely competent musicians, arrangers and technicians, she produced five finger-licking good songs.

The ‘Steely Dan’-aura of her earlier releases has matured to her own personal vibe. An important role is still played by beautifully executed close harmony backing vocals and melancholy licks for the horns and string quartet. They sometimes transport the listener straight into romantic Hollywood moods. Her own compositions are the ideal vehicle for the versatile voice of this New Age-diva, who, with this skilful sound production and great musicians, is granted the framework she deserves.

The singer from Zwolle, Ellen Pels, was well into her fifties when she recorded her first cd ‘Late Bloomer’. Both in the studio as well as live, Ellen is accompanied by a large band. She doesn’t like half-measures. No one will be surprised that de accompaniment and the production are impeccable.

Originally Pels is a Speech and Language Therapist. She makes a living as coach, trainer and Reiki Master, but making music is her biggest passion. That is why she put her heart and soul into her debut album. The pieces on ‘Happiness’ allow us to get a little better acquainted with Ellen. After a serious illness in 2010, Ellen looks at life from a positive perspective. Her lyrics speak of loss and sadness, but the glass is always half full with Pels.

Her music is light, bordering on easy listening, and is characterised by contagious melodies.

The jazzroots are always there, but – just like on ‘Late Bloomer’ – Pels keeps it civilized and cheerful, as far as genres go (Pels loves Latin), instrumentation, arrangements and vocals.

The experienced musicians do not take the overhand, all attention goes to the lyrics. On ‘Happiness’ Pels’ perfect grasp of the English language is apparent. She used to live in the UK, and it shows. But the next time around Ellen Pels ought to dare to let go a bit more. A jazz record may blare, scrape and provoke here and there.

Inspiring lessons in life from a late bloomer

These days it seems as if one has to know what one wants at a younger age. Television programs flood us with young children who show their singing and dancing talents to the world. This could have a discouraging effect on those of us who are a little older. But it is never too late to make your dreams come true, which is something Ellen Pels proves on her debut album Late Bloomer.

When one becomes ill, one starts thinking about what is important in life. Ellen Pels did too.

When she became ill at the age of fifty, she realised that a musical career was her biggest unfulfilled wish. She had been singing all her life, starting out in choirs, and in her forties tentatively as a solo singer. But she wanted more. Since then, she has jumped at every opportunity: she became a member of a band, sang in a theatre production, and wrote a song together with Perquisite. Singer Wouter Hamel described her voice as: “Lovely voice, dare I say slightly husky, Deep and warm, quite theatrical.”

Furthermore, another old wish came true: writing her own songs. For a long time Ellen had thought this to be impossible, but she was wrong. With the help of new musical technologies and a teacher who showed her the ropes, a lot more turned out to be possible than she had thought. She found professional musicians to bring the songs to life and record them, and reised funds through crowdfunding in order to make this dream come true. And that is how she managed to release her debut album at the age of fifty-five.

You might think: why would you bother to release an album at that age? But you could also ask yourself: why not? Music is, after all, about the personal story you want to share. And that story will be different at the age of fifteen, than at the age of fifty-five. That is why both stories are worthwhile. Ellen’s lyrics are personal and autobiographical and reveal experience and wisdom.

In the title track Late Bloomer Ellen sings: “I feared I would not fit / I’m not young and gorgeous.” But taking chances has its benefits: “I am a late bloomer / But now I am sublime.”

In Spiritual Life she jokes about people who find the solutions to all their problems in spirituality: “If I start healing / Meditate every day / See a shaman for my dreams / Ask angels to come my way / Will I stop feeling like a victim?” In the end we are all responsible for our own lives. In addition she sings about the beautiful as well as the sad sides of life, friendships that survive time and distance, and removing your mask to show your true self. The contrast in Wounded Heart is lovely, when she sings about people who have closed their hearts and are no longer capable to love, while at the same time she realises how lucky she is to be able to open herself to love. In No Regrets she encourages us to make our dreams come true: “You’ve got to move / You’ve got to make your dreams come true / No time to waste / So much to look forward to.” After all, you do not want to look back on your life with regret. It is clear that Ellen has a lot to say and does not merely want to entertain us, but also wants to share her experiences and teach us something.

Enough about the lyrics. The music that supports her stories can be described as easy listening jazz with pop and latin influences. Ellen does not choose predictable tunes, instead she chooses surprising melodies and harmonies. That is quite something, considering that a while ago, she believed that she could not write songs at all. The music always sounds pleasant. That she made her wish come true in a big way is proved by the fact that she chose to be accompanied by a full band, consisting of keys, bass, drums, guitar, saxophone, trumpet and backing vocals. Ellen’s low, warm voice is enjoyable to listen to. As she says herself: “Don’t expect any shouting.” She sings in a composed but resolute way. When I listen to her, I can hear the joy with which she sings. A lot of attention was paid to the arrangements.

Late Bloomer is an album full of lovely, pleasant-sounding songs, filled with lessons in life. But it is more than that: above all it is the inspiring story of someone who has found her vocation later in life and dares to swim against the tide to make her dreams come true. Hopefully Ellen will be able to inspire many others to do the same in whatever field. She shows us that it is never too late. And that is a breath of fresh air in a society that seems to constantly call out: “The younger, the better.”

The singer from Staphorst, Ellen Pels, is a late bloomer. She is now in her fifties and has only recently recorded her first CD. Through crowdfunding she gathered funds. She wrote 12 songs, one of them with producer and composer Perquisite.

In the studio and live, Ellen is accompanied by a 9-piece- band. Ellen does not like taking halfway measures and it was allowed to cost a bit, this project. Pels is originally a speech and language therapist. She makes her living as a coach, trainer and reiki master. But making music is starting to become more and more important in Ellen Pels’ life. That is why she took this step towards her own album, that is her signature work.

“Late Bloomer” is a very personal document. We really get to know Pels, among other things through her title track: I am a late bloomer, I really took my time, but now I am sublime. Just so you know.

Get connected with Ellen Pels on social media 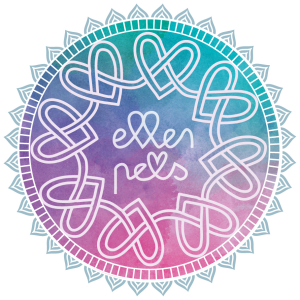